Take a deep dive into the COVID-19 relief packages passed by Congress and with special focus on increased access for all in the arts and culture sector. We will review how organizations, artists, and small businesses in the creative economy are accessing resources and pursuing additional relief legislation that Congress is considering. 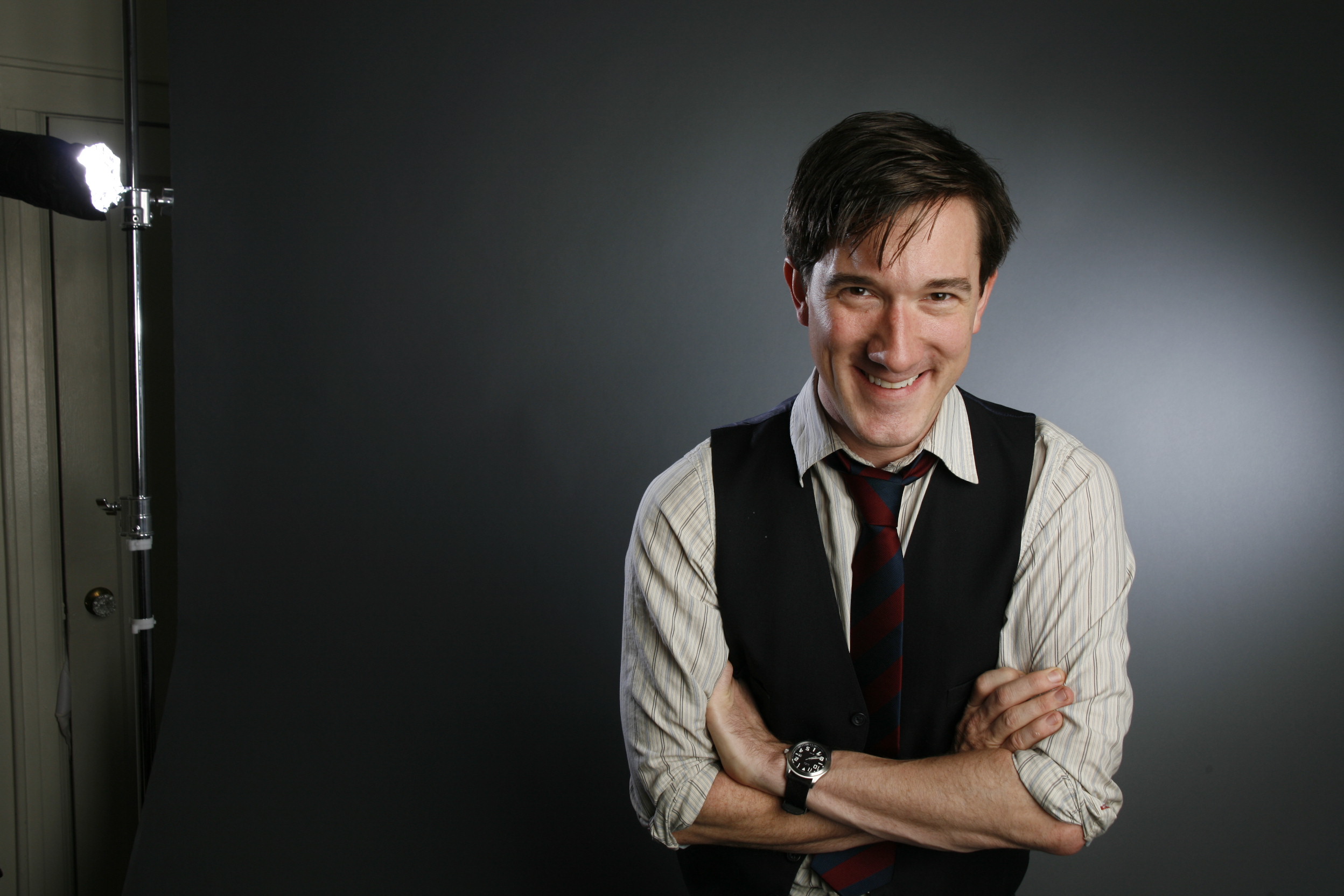 Carson Elrod is an actor, teacher, activist, and organizer. Carson received his undergraduate degrees in U.S. History and Theatre from the University of Kansas and his Masters of Fine Arts in Acting from NYU’s Tisch School of the Arts. Mr. Elrod is a founder of #FairWageOnStage, which secured record salary increases for Actors and Stage Managers in 2016. In the summer of 2020, he co-founded Be An #ArtsHero, an intersectional nation-wide grassroots campaign to organize the country’s 5.1 million Arts Workers in order to secure the relief and recovery legislation required to stabilize the nation’s devastated Creative Economy. Professional Acting Credits Include: Broadway: Peter and The Starcatcher, Reckless, and Noises Off. The Metropolitan Opera: The Merry Widow. Off Broadway: The Tempest, Measure for Measure, All's Well That Ends Well (New York Shakespeare Festival in Central Park), The Liar, The Heir Apparent (Classic Stage Company). Important Hats of the 20th Century, The Explorer’s Club, Based On A Totally True Story, House, Garden, Comic Potential (Manhattan Theatre Club), Lives of The Saints, All in the Timing (Primary Stages), Peter And The Starcatcher, Cavedweller (New York Theatre Workshop). Regional Credits Include: Williamstown Theatre 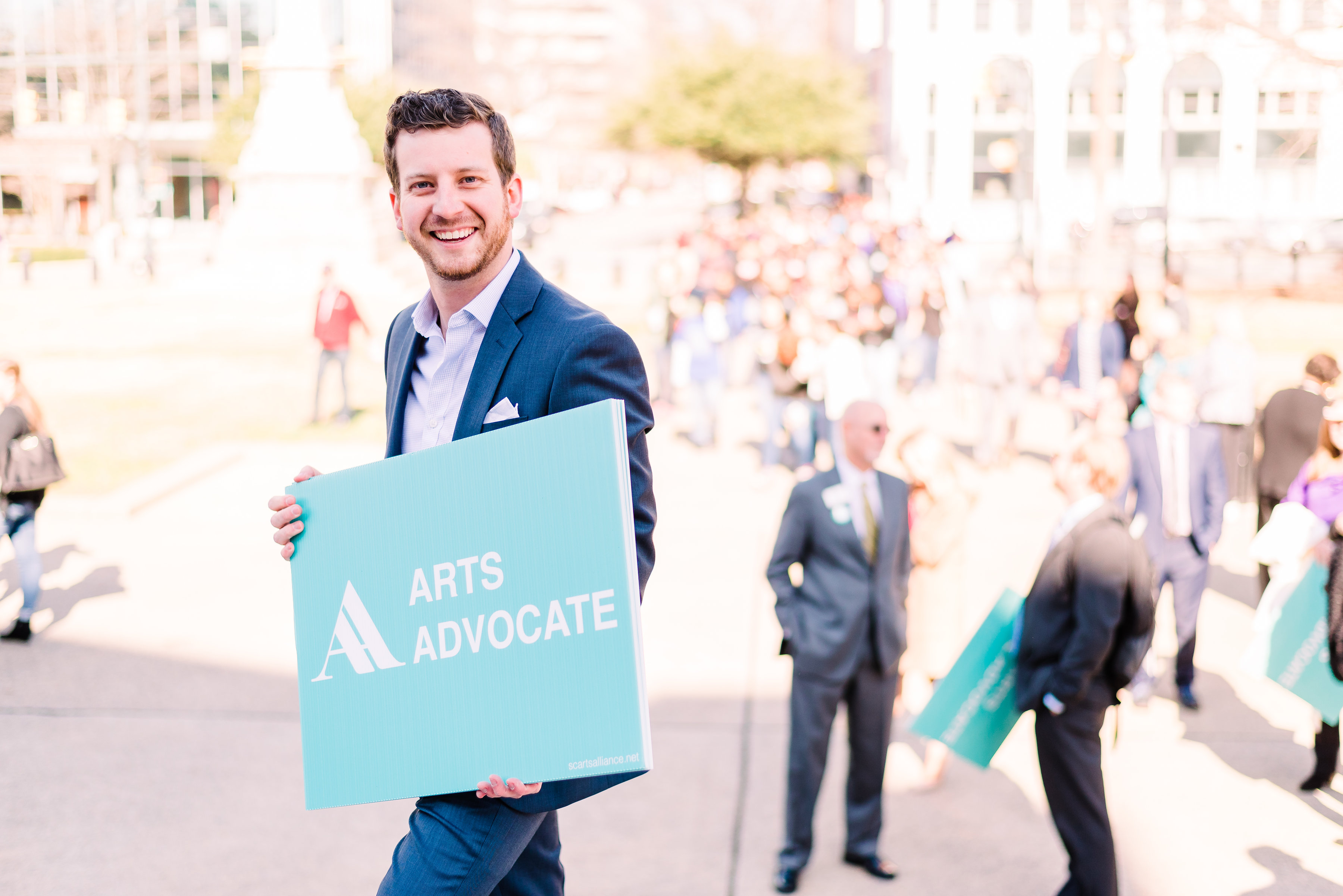 George Patrick [GP] McLeer, Jr is the Mayor of Fountain Inn, SC and the Executive Director of the SC Arts Alliance.

As Executive Director of the South Carolina Arts Alliance, the only statewide arts advocacy organization, GP works at the local, state, and federal level to advance the creative industry through public policy, leadership development, and public awareness.

Previously, GP created and led the Office of Cultural Affairs for the City of Mauldin, SC. He developed the Mauldin Cultural Center, the Mauldin Public Art Trail, managed all city-wide marketing, and advised on all economic development projects.

GP is a member of his local Rotary Club, and serves on numerous board and committees, including:

GP and his wife, Taylor, a drama teacher, have one daughter, Albee James.

GP holds a BA in Arts Management from the College of Charleston, where he has been recognized with the university’s 250th Anniversary Young Alumnus Award in 2020, the 2016 School of the Arts Young Alumnus Award, the Julie Jett Arts Management Citizenship Award, and placed in the School of the Arts Hall of Fame. He was also awarded the first-ever Alumni Heart Award by his high school alma mater, St. Joseph’s Catholic School, for his contribution to the arts community.

Tony Award-Winning Actor, Singer, and Music Producer, as well as Board Chair of The Actors Fund, Co-Founder of Black Theatre United, Member of both the Board of Directors and the Artists Committee of Americans for the Arts

Dubbed “the last leading man” by The New York Times, Tony Award-winner Brian Stokes Mitchell has enjoyed a career that spans Broadway, television, film, and concert appearances with the country’s finest conductors and orchestras. He received Tony, Drama Desk, and Outer Critics Circle awards for his star turn in Kiss Me, Kate. He also gave Tony-nominated performances in Man of La Mancha, August Wilson’s King Hedley II, and Ragtime. Other notable Broadway shows include Kiss of the Spider Woman, Jelly’s Last Jam, Women on the Verge of a Nervous Breakdown and most recently in Shuffle Along. Off Broadway includes Do Re Mi, Carnival, Kismet and The Bandwagon at City Center Encores and Much Ado About Nothing at the Delacorte Theatre’s Shakespeare in the Park. Regional includes Sweeney Todd at the Sondheim Celebration at The Kennedy Center.

Film and Television
His extensive screen credits began with a guest starring role on Roots: The Next Generations which lead to a 7-year stint on Trapper John, MD. His 40-year long TV/Film run continued with memorable appearances on everything from PBS’ Great Performances to Frasier, The Prince of Egypt (singing “Through Heaven’s Eyes”), Glee, Jumping the Broom, Madam Secretary, The Blacklist, Bull, Elementary and Prodigal Son. Recurring roles on numerous series of late include Mr. Robot, The Path and this season on Evil. His second performance at the White House, “A celebration of American Creativity”, was aired on PBS as was his appearance on “A Celebration of America’s Resiliency” from Mt. Vernon earlier this year.

Stokes has appeared on more than 20 albums that encompass Broadway Shows, Jazz and Standards including his 3 self-produced solo albums. Stokes has received a number of awards for both his charitable and artistic work including the New Dramatist’s Distinguished Achievement Award, the Actors Fund Julie Harris Award, Canada’s Dora Mavor Moore Award (The Canadian “Tony”), the Americans for the Arts Outstanding Contribution to the Arts Award, The Actors Fund Medal of Honor, Chicago’s Sarah Siddons Award, and the Distinguished Performance Award from the Drama League. In November of 2016 he was inducted into the Theatre Hall of Fame.

Stokes is a great proponent of arts education and speaks passionately about the importance of art in all of our lives. He is a board member of Americans For The Arts (AmericansForTheArts.org), and is also a member of Lincoln Center’s Artist committee. In June of 2020, he became a founding member of Black Theatre United (BlackTheatreUnited.com) to help protect Black people, Black talent and Black lives of all shapes and orientations in theatre and communities across the country. He has enjoyed working with numerous other charitable organizations from the March of Dimes to the USO. Stokes has been the Chairman of the Board of the Actors Fund (ActorsFund.org) for the last 16 years and in 2016 received the Isabelle Stevenson Tony Award for his work with that organization. He is a tireless advocate for both artists and the importance of the Arts in a healthy society. 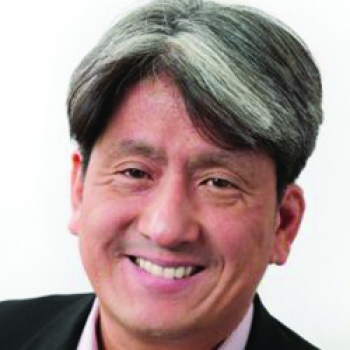 Erik Takeshita is passionate about the power of art and culture to help build healthier, more equitable and sustainable communities. He is currently the Principal of The Takeshita Group and previous served as a Senior Fellow at ArtPlace America, Portfolio Director for Community Creativity at the Bush Foundation and Director of Creative Placemaking at the Local Initiatives Support Corporation (LISC). Erik trained as a ceramic artist and lives in Minneapolis with his wife and daughters. 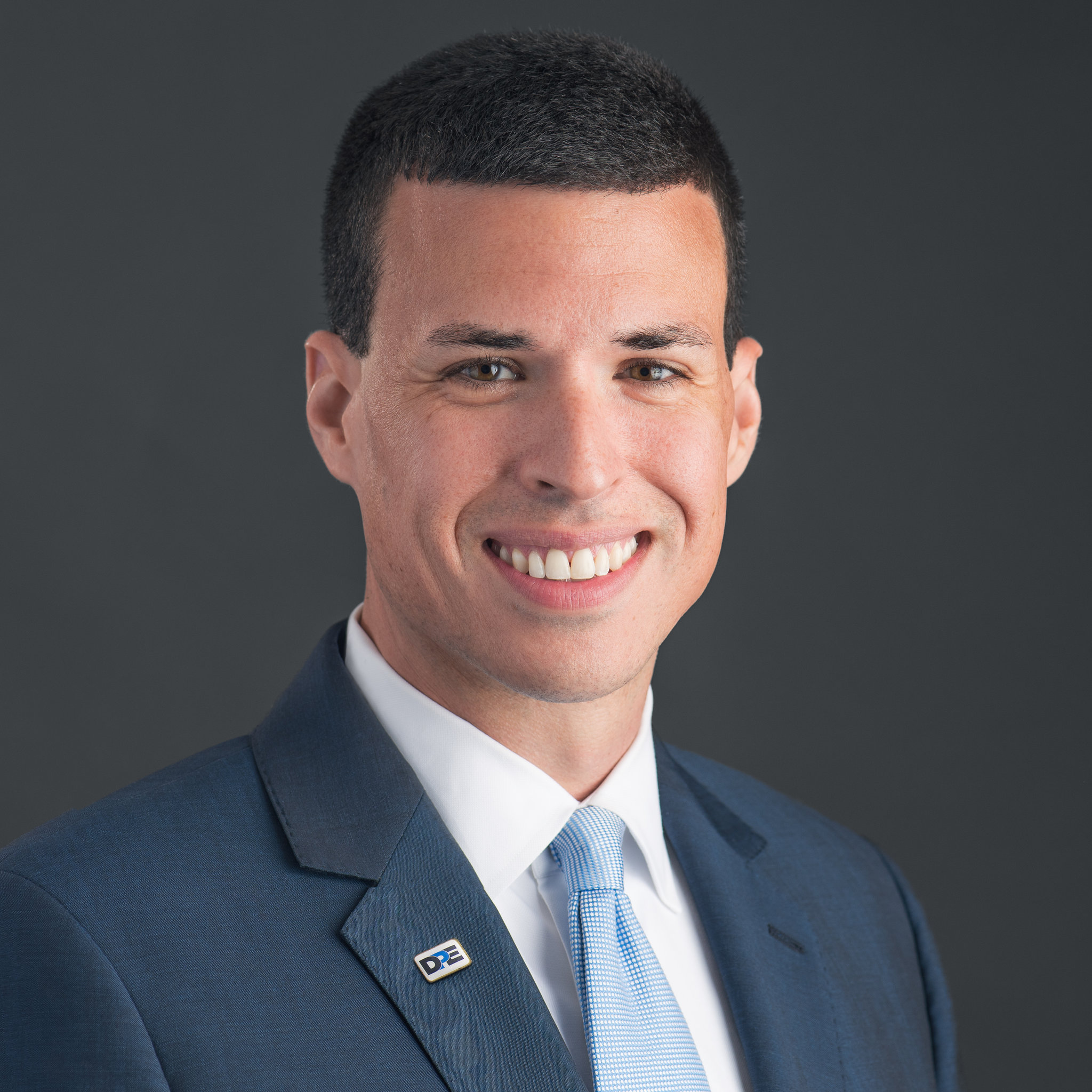 Assistant to the President/Legislative Director

Michael is the assistant to the president/legislative director for the Department for Professional Employees, AFL-CIO (DPE), a coalition of 24 national union representing over four million professional, technical, and other highly-skilled workers. At DPE, Michael is responsible for conducting outreach to labor and non-labor organizations, representing DPE before Congress on issues important to professionals, and working with affiliate unions to identify and advance issues important to professionals.

Prior to joining DPE, Michael worked for six years at Jobs With Justice (and, previous to its merger, American Rights at Work), serving most recently as senior policy analyst. Michael produced original research and led the organization’s federal policy strategy, monitoring developments related to the workplace and serving as the primary liaison to congressional offices and federal agencies.

Michael has been quoted in or written for a number of media outlets, including The Washington Post, The Hill, Huffington Post, and NPR. He also has been published in the Nevada Law Journal.