This advocacy briefing session focuses on urging Congress to support the Office of Citizen Exchanges within the State Department's Bureau of Educational and Cultural Affairs, and to reintroduce and enact the Arts Require Timely Service (ARTS) provision. This discussion will center on the importance of international artists and culture and the value of the arts to facilitate cooperation and collaboration between the U.S. and other countries. 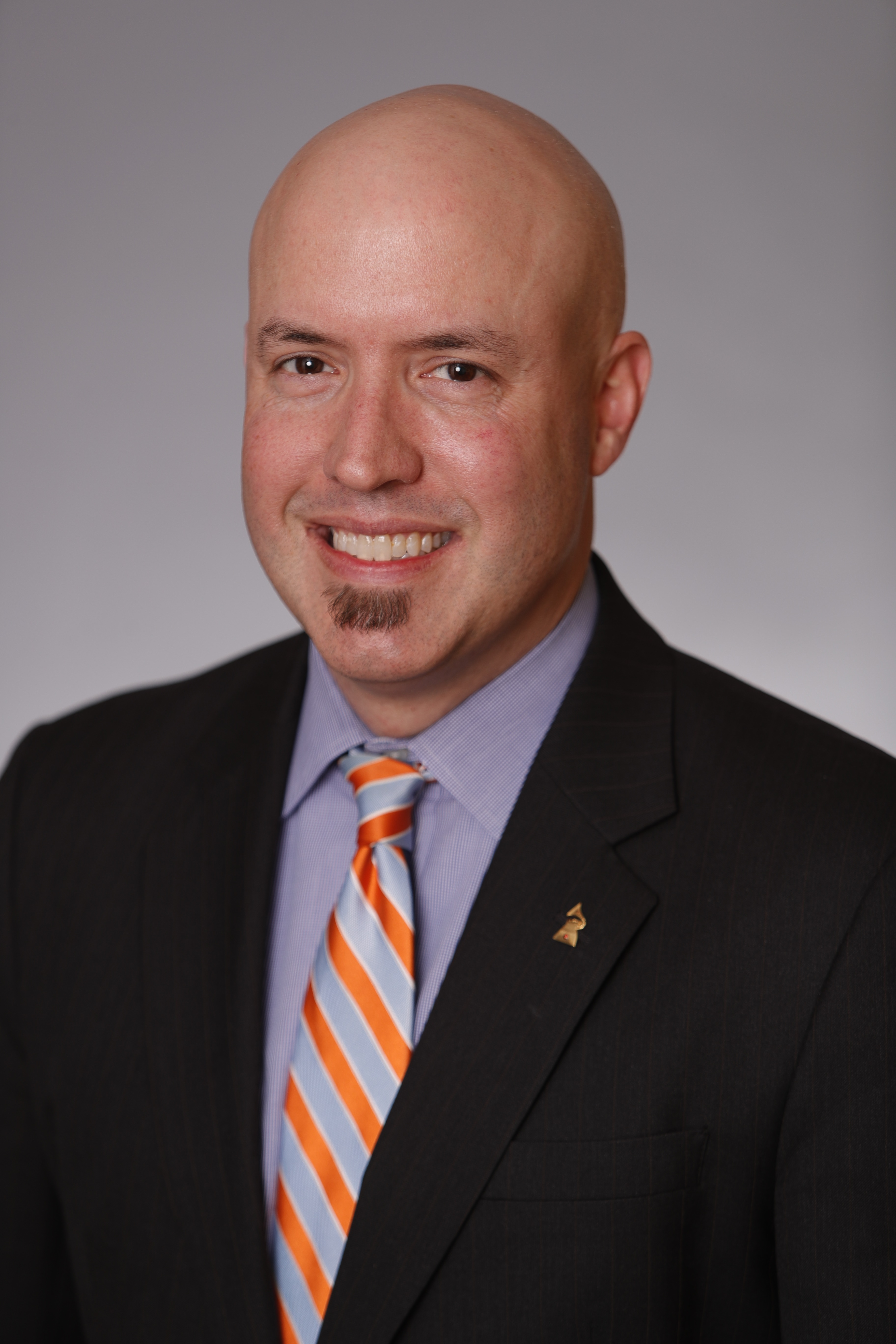 Todd Dupler is the Managing Director, Advocacy & Public Policy for the Recording Academy, the organization internationally known for the annual GRAMMY Awards. In this role, Dupler works with Academy leadership to develop policy positions on issues affecting the music community, and represents the interests of the Academy’s members before Congress and federal agencies. In addition, he manages GRAMMYs on the Hill Advocacy Day and District Advocate, the Academy’s signature grassroots advocacy programs.  Dupler also coordinates state and local advocacy with the Academy’s 12 regional chapters.

With over two decades of experience in Washington, D.C., Todd Dupler has extensive knowledge of Capitol Hill and the legislative process. Dupler received a J.D. from the Georgetown University Law Center and a Bachelor of Arts degree in history and political science from Baylor University. He is a member of the State Bar of Texas and serves on the board of the Texas State Society of Washington, D.C. 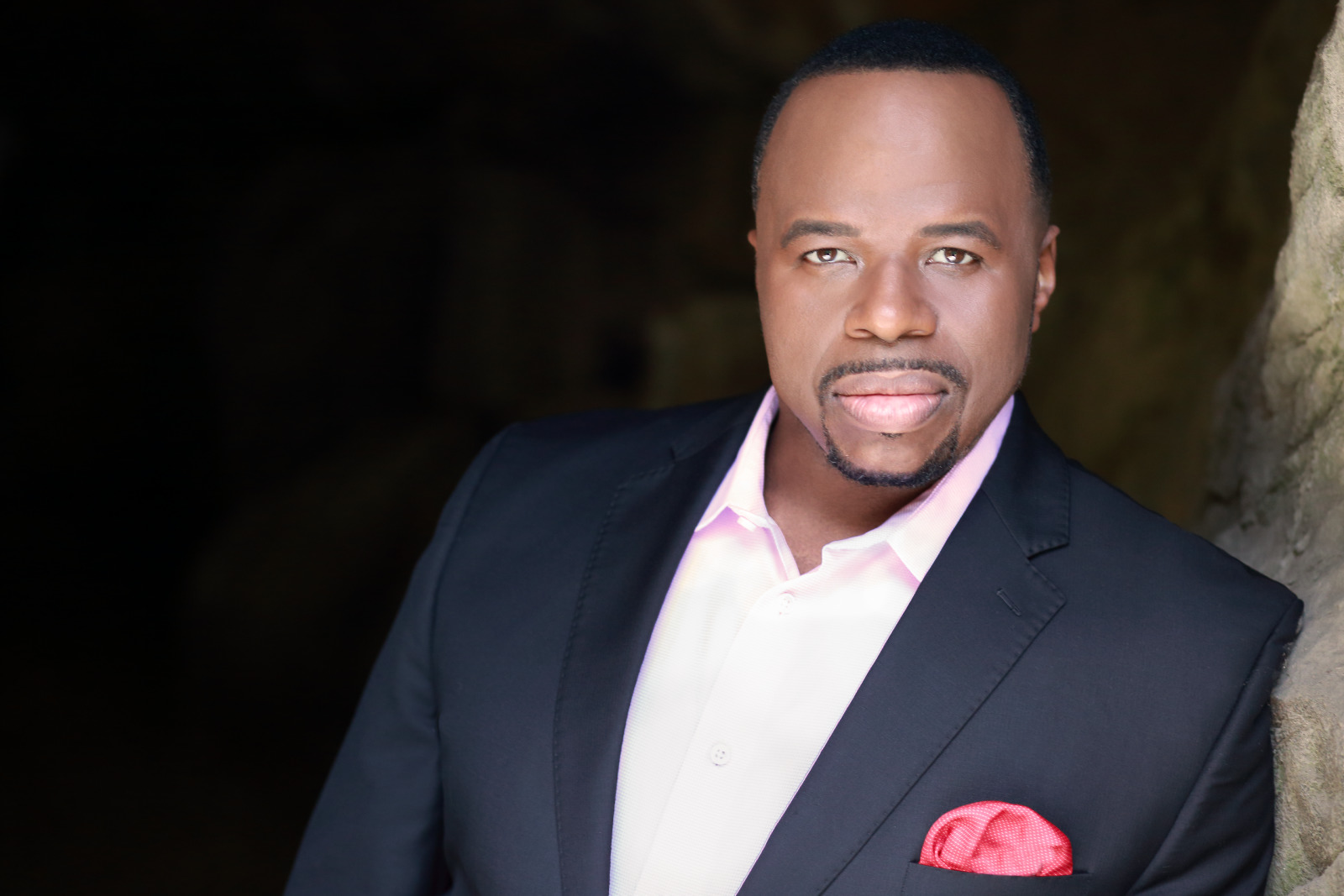 Acclaimed by opera and concertgoers worldwide, dramatic baritone Lester Lynch is regarded as that most prized of operatic singers, a true Verdi baritone. He is also one of today’s foremost interpreters of American spirituals and contemporary opera. An accomplished pianist and arranger,  his musicality was nurtured early. Whether performing an aria, song or a hymn, his powerful voice and commanding presence move audiences universally. His debut album was released in 2017, On My Journey Now, is the first of two albums that represent the African American spirituals that are most meaningful to him. Significantly, Lester has been heard on many other recordings, Otello as Iago, Cavalleria Rusticana as Alfio, Il Tabarro as Michele, a DVD of Porgy and Bess released by San Francisco Opera as Crown and finally as Pierre Cauchon in the Cantata, Joan and the Bells, by the living American Composer, Gordon Getty.

Lynch an avid volunteer, is a very proud member of Sing for Hope, an organization that brings the power of the arts directly into Health Care settings, works to empower youth and to elevate communities. He has also produced an introduction to classical music in Zimbabwe, Africa for the Harare International festival of art. Lynch has traveled to Africa for this work on 5 different occasions. He is a teacher and mentor to young artists throughout the US most specifically at Morgan State University and Brooklyn Music School.

Lynch has received many accolades for his performance. "Lester Lynch gave a great performance as Amonasro, Ethiopia's king and Aida's father. He was so commanding a presence as a prisoner of war in the Triumphal Scene it was surprising no one suspected he was no ordinary prisoner." -The Pittsburgh Tribune , "Lester Lynch was a pleasure to hear as Lescaut. Mr. Lynch has a ravishing, rolling baritone with power to spare." -Opera Today, “Lynch's rich baritone and vivid acting realizes a compelling Shylock, his 'Hath not a Jew eyes?' stilled the auditorium. "- The Guardian, "Lester Lynch debut scored in his performance of the villain Crown with voluminous and multi-faceted. " -Author: Volksoper Wien Malina Meier.

In the upcoming months the baritone will appear in two new recordings, La Traviata as Germont and Un Ballo in Mascera as Renato. He can also be heard with the Elb Philharmonie in Hamburg, Germany with Alan Gilbert conducting and in Amsterdam with Radio Filharmonisch Orkest as the Prisoner in Dallapiccola’s, Il Prigioniero. 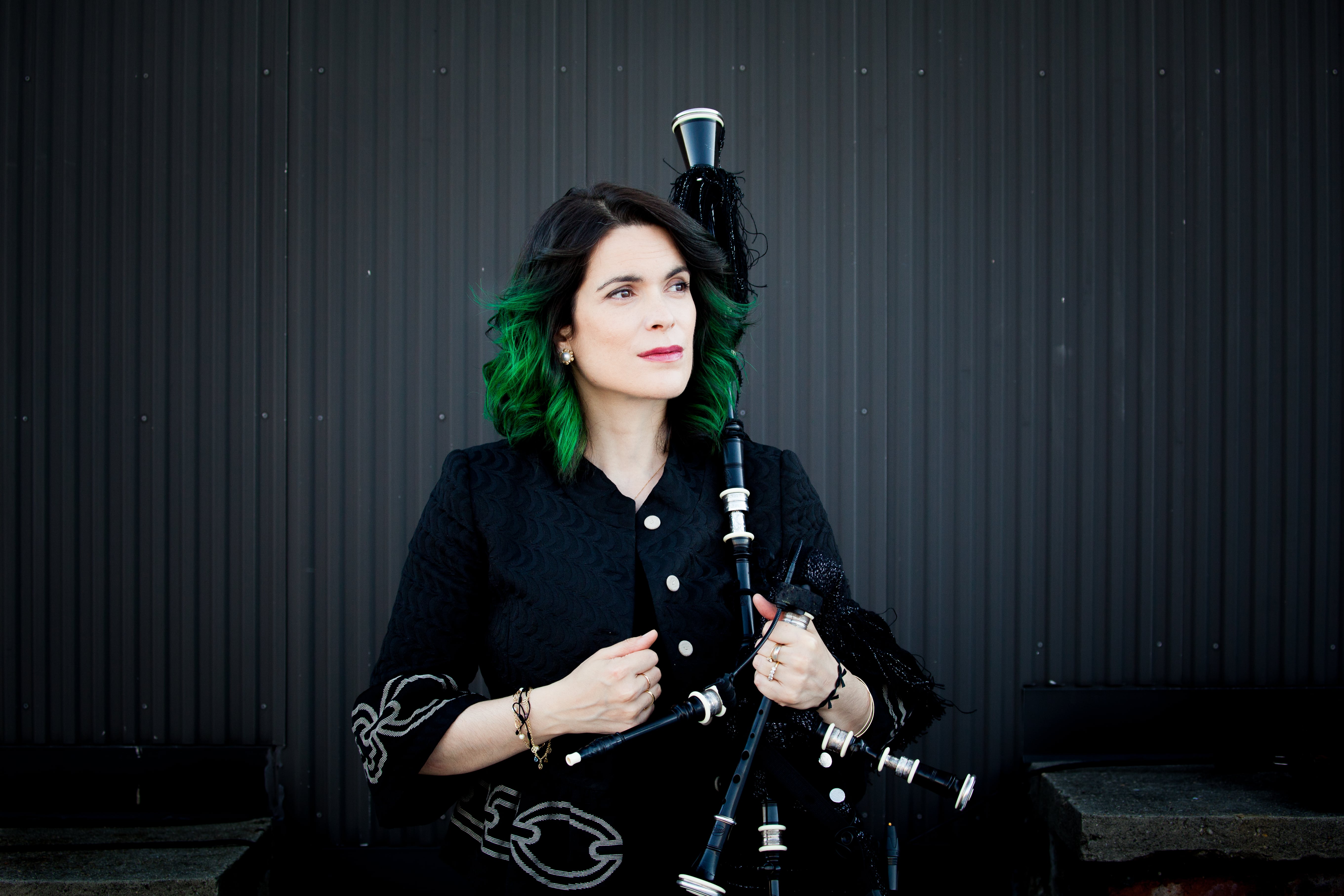 Cristina Pato is a Galician bagpiper (gaita), a classical pianist, a writer and a passionate educator. Hailed as “a virtuosic burst of energy” by The New York Times, her professional life is devoted to teaching and performance that explores the role of the arts and sciences in society.

In addition to her work as a performing and recording musician, Cristina has been artist-in-residence and isntructor at universities including Harvard and the University of California, Santa Barbara, where she co-created a groundbreaking class on memory with neuroscientist Kenneth S. Kosik and artist Kim Yasuda. She has also served as Learning Advisor for Silkroad, the organization founded
by Yo-Yo Ma. Cristina is the founder of the multidisciplinary Galician Connection Festival, writes a weekly column for the Spanish newspaper La Voz de Galicia, and was the 2019-20 Chair of Spanish Culture and Civilization at the King Juan Carlos I Center at New York University.

Cristina holds a Doctorate of Musical Arts from Rutgers University, degrees in piano, music theory, and chamber music from the Conservatorio de Musica del Liceu, and a Master of Digital Arts from the Universitat Pompeu Fabra, and is currently pursuing a Ph.D. in Cultural Studies at Universidade de Santiago de Compostela.

Cristina divides her time between New York City and Galicia and is married to photographer Xan Padrón. 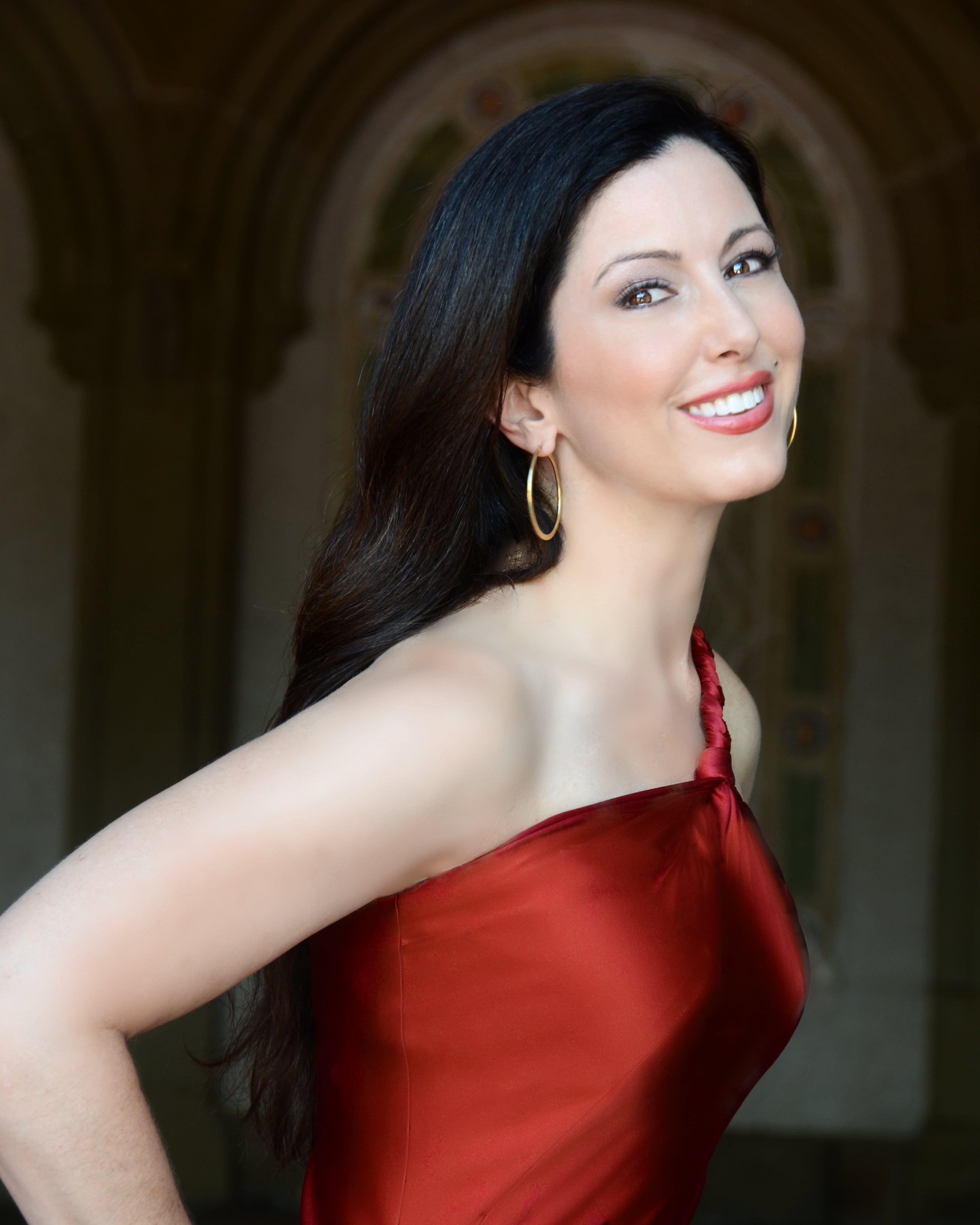 Soprano and Co-Founder of Sing for Hope

In collaboration with artists ranging from Yo-Yo Ma to Sting, Soprano Camille Zamora has garnered acclaim for her “dramatic and nuanced” (The New York Times) interpretations of repertoire ranging from Mozart to tango. Hailed by NBC Latino and the Congressional Hispanic Caucus as a leading interpreter of classical Spanish song, her performances have been heard on five continents and broadcast live on PBS, Deutsche Radio, and the BBC. Her recent recordings include Viardot’s The Last Sorcerer, an Opera News Critic’s Choice; Hindemith’s The Long Christmas Dinner with American Symphony Orchestra, a The New York Times’ Classical Playlist Choice and an Opera News’ Recording of the Year; and If the night grows dark (Si la noche se hace oscura): 5 Centuries of Spanish Song, which debuted on the Billboard Top Ten Classical Chart. Her appearances in Spring 2021 include streaming concerts of Piazzolla and Gardel with Buffalo Philharmonic, Bizet and Giménez with Rochester Philharmonic, and Gardel and Villa-Lobos with Cincinnati Pops.

A graduate of The Juilliard School, Camille is the Co-Founder of Sing for Hope, a leading “arts peace corps” that creates initiatives – such as the Sing for Hope Pianos in community spaces from the Bronx to Beirut – that drive the mission of art for all. She has presented and performed at The United Nations, the US Capitol, Aspen Institute, Harvard University, Oxford University, and the Skoll World Forum for Social Entrepreneurship. She has been honored as a Kennedy Center Citizen Artist Award and named one of the Top 50 Americans in Philanthropy by Town&Country, NY1’s New Yorker of the Week, and one of CNN’s Most Intriguing People. Camille serves on the Board of Trustees of The Juilliard School and Grameen Creative Lab.