When speaking to decision-makers, particularly public sector officials, the subject of return of investment in public dollars frequently arises, along for the need for easy-to-read data from reputable sources as evidence.

The Arts and Cultural Production Satellite Account (ACPSA) was developed through a partnership with the Bureau of Economic Analysis of the United States Department of Commerce (BEA) and the National Endowment for the Arts (NEA) in a concerted effort to illustrate the economic impact of the arts and culture sector. ACPSA allows users to track economic activity, as well as the overall impact of arts and culture on U.S. and state economies. Using the 2015 ACPSA data, the National Assembly of State Arts Agencies (NASAA) then developed an interactive dashboard that allows you to explore state-level ACPSA data through visually impactful charts and figures.

After delving deeper into the impactful ACPSA data and resources from the NEA and NASAA, state arts leaders will discuss how they are already using the tools in their programmatic, policy, and outreach work. 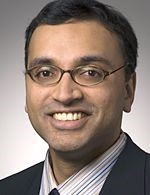 Sunil Iyengar directs the Office of Research & Analysis at the National Endowment for the Arts. Since his arrival at the NEA in June 2006, the office has produced more than 25 research publications, hosted several research events and webinars, twice updated the NEA's five-year strategic plan, and overseen a new and expanded survey about arts participation. In that time, the office also has created an arts system map and long-term research agenda, and has launched a research grants program. Sunil also chairs the Interagency Task Force on the Arts and Human Development. Some of the NEA’s most recent research includes Valuing the Art of Industrial Design (2013), The Arts and Achievement in At-Risk Youth (2012),  An Average Day in the Arts (2012), and The Arts and Human Development (2011). Sunil and his team have partnered with organizations such as the Brookings Institution, the National Academy of Sciences, and the National Institutes to Health to study the arts in relation to such topics as economic development and the health and well-being of older adults. For a decade, Iyengar worked as a reporter, managing editor, and senior editor for a host of news publications covering the biomedical research, medical device, and pharmaceutical industries. He writes poetry, and his book reviews have appeared in publications such as the Washington Post, New York Times, San Francisco Chronicle, The American Scholar, The New Criterion, Essays in Criticism, and Contemporary Poetry Review. Iyengar has a BA in English from the University of Michigan in Ann Arbor. 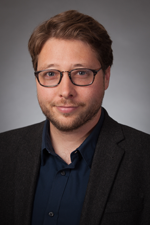 Ryan has more than 10 years of professional experience in the field of arts research. Prior to joining NASAA, he served as the director of research for the Western States Arts Federation, where he specialized in analyzing state and local creative economy data, implemented web based research technology and launched an initiative aimed at supporting independent music. Ryan has experience in state government as a capital construction analyst for the Colorado Department of Higher Education and in economic development as a business manager for Adams County, Colorado. He holds master’s degrees in public administration and urban and regional planning with an emphasis in economic development planning from the University of Colorado, Denver.

Ryan serves on the board of directors for his local community development corporation and is on the steering committee for the Cultural Research Network. Ryan considers himself a musician of questionable accomplishment and lives in Mt. Rainier, Maryland, with his daughter, Wren, and his wife, Robin—an unquestionably accomplished visual artist. 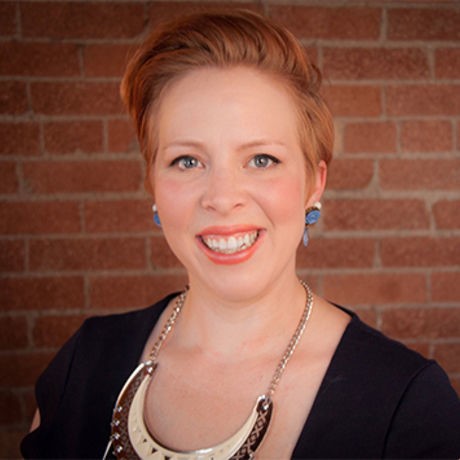 A two-time Enlightened 50 (E-50) recipient from the Community Foundation of Utah, Crystal Young-Otterstrom     is a certified Utah Change Leader, was named one of Utah Business Magazine’s 40 under 40 in 2013, and has been featured as a Utah’s Educated Woman of the Week and profiled in the publication, IN Utah This Week. Crystal is the Executive Director of Utah Cultural Alliance, the statewide advocacy voice for the arts, humanities, and cultural businesses of Utah. C Crystal serves on the boards, advisory councils, or steering committees of Salty Cricket Composers Collective (co-founder and board chair), Utah Democratic Party Treasurer (an elected position), Americans for the Arts’ SAAN Council (State Arts Advocacy Network), Utah Women & Politics PAC, LDS Dems of America (emeritus co-chair), LDS Dems-Utah (emeritus chair), one of the managing editors of MormonPress.com, BYU Political Affairs Society - UT chapter (co-chair), Utah Arts & Cultural Coalition, Alliance for a Better Utah, Musinia, UTOPIA Early Music, and Planned Parenthood Association of Utah. Crystal serves on the School Community Council of Emerson Elementary, which is the decision making body for the school. Past work experience: Crystal spent eight years as a marketing, campaign, and event planning consultant at Brand.Pink and was the Audience Development Manager at Utah Symphony | Utah Opera for seven years before that. Crystal is a composer and coloratura soprano. She earned her bachelors in music theory with minors in humanities, economics, and marketing as an undergrad at Brigham Young University and earned her masters in musicology and composition from the Aaron Copland School of Music (Queens College, City University of New York).

Past Chair and Chair, Arkansas Arts Council and Arkansans for the Arts

Garbo Watson Hearne owns Hearne Fine Art and Pyramid Art, Books & Custom Framing/Hearne Fine Art, located in the historic Dunbar neighborhood in Little Rock, Arkansas. She developed Hearne Fine Art in the New York and Atlanta markets and expanded its services to include cataloguing and fine art appraisals. In 2005, Hearne earned her certification in appraisal studies from New York University. In 2008, she and her husband, Dr. Archie Hearne, published Collaborations, Two Decades of African American Art: Hearne Fine Art 1988 – 2008. Before opening Pyramid Gallery in 1988, Hearne worked as a pediatric intensive care nurse at Arkansas Children’s Hospital. She is a board member of the Mid-America Arts Alliance has served on the board of the Arkansas Humanities Council. She received a B.S.N. in nursing from the University of Arkansas at Fayetteville.

Americans for the Arts’ Creative Industries: Business & Employment in the Arts reports: https://www.americansforthearts.org/by-program/reports-and-data/research-studies-publications/creative-industries

Americans for the Arts’ Arts and Economic Prosperity 5 Report: https://www.americansforthearts.org/by-program/reports-and-data/research-studies-publications/arts-economic-prosperity-5