SOUNDING THE ALERT: COVID Advocacy & Messaging Momentum in the Heartland

Omaha, NE sound designer Bill Kirby of BLUEBARN Theatre shares the story of how he and fellow creative industry workers quickly mobilized for the September 1st national #RED Alert/RESTART day of action and got 40 Omaha venues, businesses, and even private residences to light their buildings red as a dramatic call to support the arts. The event played a pivotal role to capture public and legislators’ focus on COVID’s devastating impact on the arts community. Hear how they followed up with strategic messaging and a social media blitz that motivated the arts community and the city to advocate for the RESTART Act and gained three Omaha and Iowa legislators as co-sponsors. Momentum continues with further actions to advocate for the DAWN Act and, with legislators, to devise localized arts advocacy strategies to keep the full range of Omaha’s arts providers alive and well into the future. Pick up tips and share your advocacy and casemaking experiences in this practical exchange!

Americans for the Arts is organizing free peer dialogues to facilitate member exchange around COVID-19 challenges and recovery strategies. These facilitated peer exchanges are a benefit exclusively for Americans for Arts members. 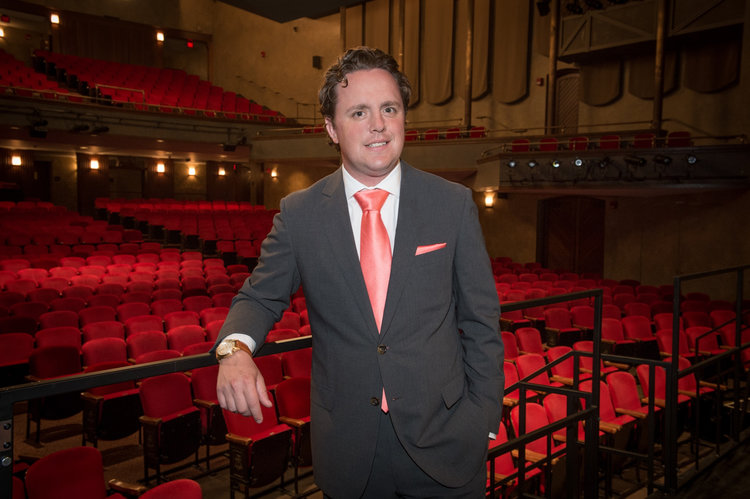 Bill Kirby is a professional theatre artist, specializing in sound design and live sound engineering for theatre. Bill has been based in Omaha, Nebraska since 2017, and is currently the Resident Creative and Technical Director at BLUEBARN Theatre. Educated at the Royal Welsh College of Music and Drama, Kirby spent the 10 years prior to his move to Omaha as the Head Sound Engineer and Resident Sound Designer at McCarter Theatre Center, one of the foremost regional theatres in America, located on the campus of Princeton University. Bill oversaw an audio department responsible for over 250 live performances per year, spanning theatre, dance, jazz, cabaret, classical, children's events and more.  As McCarter's lead live sound engineer, he has mixed for world renowned artists including Audra McDonald, Josh Ritter, Rosanne Cash, Alan Cumming, Garrison Keillor, Ira Glass and David Sedaris, just to name a few. Bill played a pivotal role in McCarter's produced theatre series, working with some of America's top sound designers and directors in creating bold new work and fresh takes on classic plays and musicals. Kirby's most memorable theatre projects include the 2013 production of Into the Woods, which went on to runs in New York and London as well as a national US tour, and 2012's Vanya and Sonia and Masha and Spike, which went on the a successful run on Broadway and won the Tony Award for Best Play - an award that McCarter accepted as the developer and producer. As a freelance designer, Bill has designed for both professional and educational theatre, including the New York Fringe Festival, Passage Theatre, and Westminster Choir College. Kirby has also served as an associate sound designer, remounting existing productions around the world, including recreating Mary Zimmerman's The White Snake at the Wuzhen Theatre Festival in Wuzhen, China. He has taught sound design at the University of Nebraska at Omaha and arts technology at Midland University, and received the 2019 OEA Award for Outstanding Sound Design for BLUEBARN’s production of Indecent.

Locked
SOUNDING THE ALERT: COVID Advocacy & Messaging Momentum in the Heartland
Live event: 10/23/2020 at 2:30 PM (EDT) You must register to access.