Americans for the Arts is excited to bring you a monthly series of informal discussions about supporting individual artists. As part of Americans for the Arts ongoing program, Arts Administrators Essentials: Supporting Individual Artists, these monthly "Coffee Chats" are your opportunity to hear from individuals and organizations in the arts and culture field that support individual artists as part of their everyday work. Each month, we will bring you a new topic to support your work with artists. Our topic for June 2019 will be about marketing support for artists.

What marketing skills do artists need to thrive?

Join Ceylon Mitchell, Musician and Owner/Director of M3 Music Media Marketing, LLC, as he discusses strategies to start, manage, and grow a business for an individual artist. Learn tips about how you can support musicians and other artists in their journey of growing their recognition and business.

Ceylon Narvelle Mitchell II is a professional flutist, arts entrepreneur, educator, and arts advocate in the Washington D.C. metropolitan area. His mission is keeping classical music alive, authentic, and accessible. Originally from Anchorage, Alaska, he has earned a Master of Music Education degree from Boston University and a Master of Music Performance degree from the University of Maryland, in addition to a Graduate Certificate in Multimedia Journalism. Ceylon is currently a Doctor of Musical Arts (DMA) student under the tutelage of Dr. Sarah Frisof at the University of Maryland. Recent achievements include the Strathmore Artist in Residence Class of 2021, a 2018 Prince George’s County Forty UNDER 40 Award in Arts & Humanities, and a 2019 Prince George’s Arts and Humanities Council Artist Fellowship Grant. As part of the grant, Ceylon and an acclaimed ensemble presented a classical crossover series of music performances during National Hispanic Heritage Month 2019, exploring the unique development of Western-European classical flute music in the Latin American countries of Puerto Rico, Cuba, and Brazil.

An active freelance flutist and chamber musician, Ceylon is committed to promoting traditionally marginalized communities, especially those from Black and Latinx identities. He is also the co-founder, flutist, and media manager of Potomac Winds, a chamber music collective. Described by the University of Maryland as “magnificent, deeply moving, and a model of alumni pride,” the ensemble is committed to promoting woodwind chamber music as a virtuosic medium through engaging performances of the highest level of artistic expression. As a music educator, Ceylon maintains a private studio in Maryland and serves as the Potomac Valley Youth Orchestra flute choir conductor. He previously served as a teaching artist with the Boston Flute Academy and as the director of the Boston University Flute Ensemble.

Ceylon supports performing artists and arts organizations with digital media production and marketing consulting as the owner and founder of M3 | Mitchell Media & Marketing, LLC. Tailored services include photography, videography, and digital media marketing. Clients include Americans for the Arts, Quinteto Latino, The Bel Air Arts & Entertainment District, CityLit Project, ARTSFAIRFAX, and numerous individual artists. Ceylon seeks to equip and empower his fellow performing artists for artistic and marketing success in a 21st-century landscape. He is also an active arts advocate in the D.C. area, serving as a board member of the Arts Administrators of Color Network, a junior board member of Washington Performing Arts, a Professional Member of the Recording Academy Washington D.C. Chapter, and Arts Advocates Network of Maryland (AAMN) member with Maryland Citizens for the Arts. 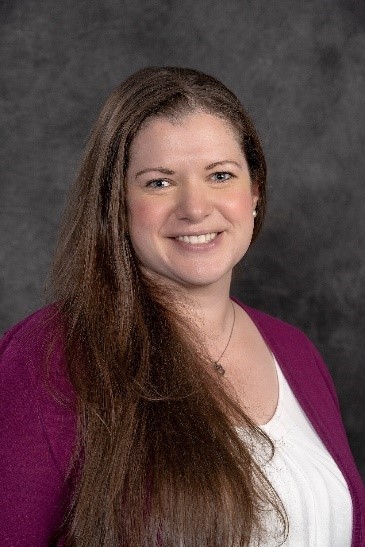 Cristyn Johnson is the Local Arts Advancement Program Manager at Americans for the Arts. In this capacity, she develops Americans for the Arts’ comprehensive full-career-spectrum field education offerings to advance competent and informed local, regional and national arts professionals.  She also develops a suite of programs and resources centered around the full leadership pipeline and organizational needs of a diverse workforce. She manages, grows, and cultivates an Emerging Leaders Network, a Mid-Career Leaders Network, and an Executive Leaders Network by building a connected network of arts professionals in the field of practices, who can share their knowledge with the field at large.