Miguel Maltos Gonzales launched an online arts community, LTNX Artes, to create a space for artists of color to share their work, access support from an online network, and surmount the lack of physical places for POC in their areas to showcase their work. This session will highlight Miguel’s journey in creating POC-centered online communities throughout his life and his story as a Chicano artist now living in Spokane, WA. In this conversation, he will outline best practices for artists and administrators to use technology as a way of sharing art, creating affinity spaces, and meeting new thought partners and creators 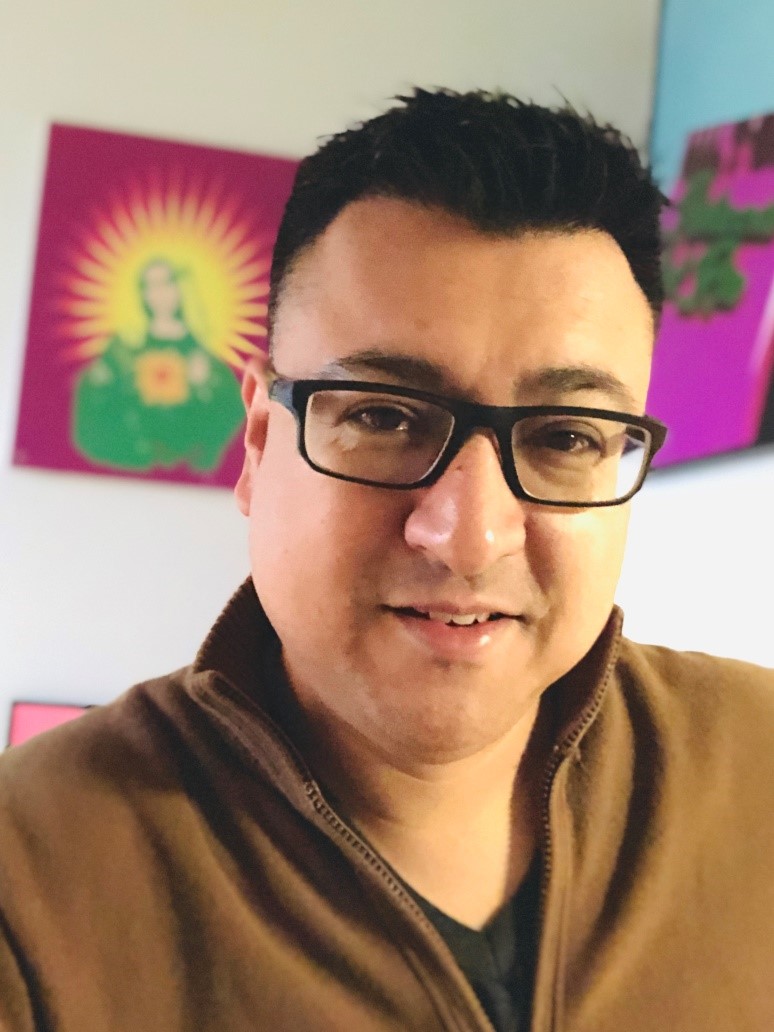 Miguel has been exploring biculturalism in art since he was introduced to Chicano art as a child, he was mentored by Chicano artists from central and southern Texas, founded The Community Darkroom project to promote film photography, and created photographic formula processes exclusive to his pop color print style. In the early nineties, Miguel started The Community Darkroom as a place to keep film photography alive when digital was becoming more accessible. This grew into a strong following in San Antonio as an annual Photography event, and now starting LTNX artes to document and develop Latinx art and culture in the Pacific Northwest. Nationally, Miguel is a member of the Cousins Regime of Art Administrators of Color, National Association for Latino Arts and Culture, U.S. Latinx Art Forum, in Washington he is a member of the Hispanic Business Professionals Association, and Spokane Independent Metro Business Association. Miguel is currently a commissioner with Spokane Arts, and a board member with Arts administrators of Color.

Being bicultural means living with two social norms, involving two languages spoken in a single conversation, or reading words in two languages at the same time. Throughout his life, Miguel has made great attempts to balance his identity. Since moving to Washington, Miguel has been told he’s not American enough, and should go back to Mexico. They called this his “Country of Origin”, well he can’t because he’s a U.S. citizen without the ability to become a Mexican Citizen. When he’s is in Mexico, he’s not accepted socially and culturally. In this he’s not Mexican enough. Miguel is one of the many people that live their life neither from here or there, but living in a fine line between two countries of origin.

The creative efforts Miguel develops are from two different mediums. Film photography and digital illustration. Many call this mixed media, but the media is not mixed together. The illustration stands apart from the photograph. The reality people see in the photograph is the world we all live in. The photograph is the monocultural world. The illustrated portion is the uniqueness of being bicultural in the monocultural world. The mediums are not mixed, but live simultaneously in every creative effort Miguel makes.